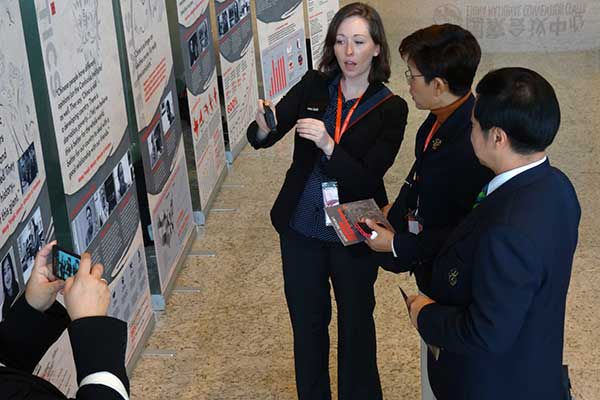 A Story Told As An Experience 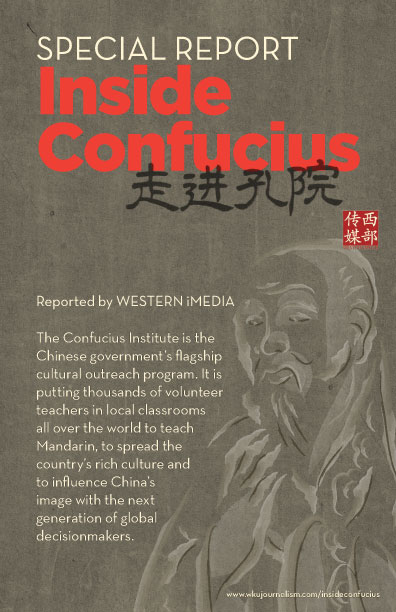 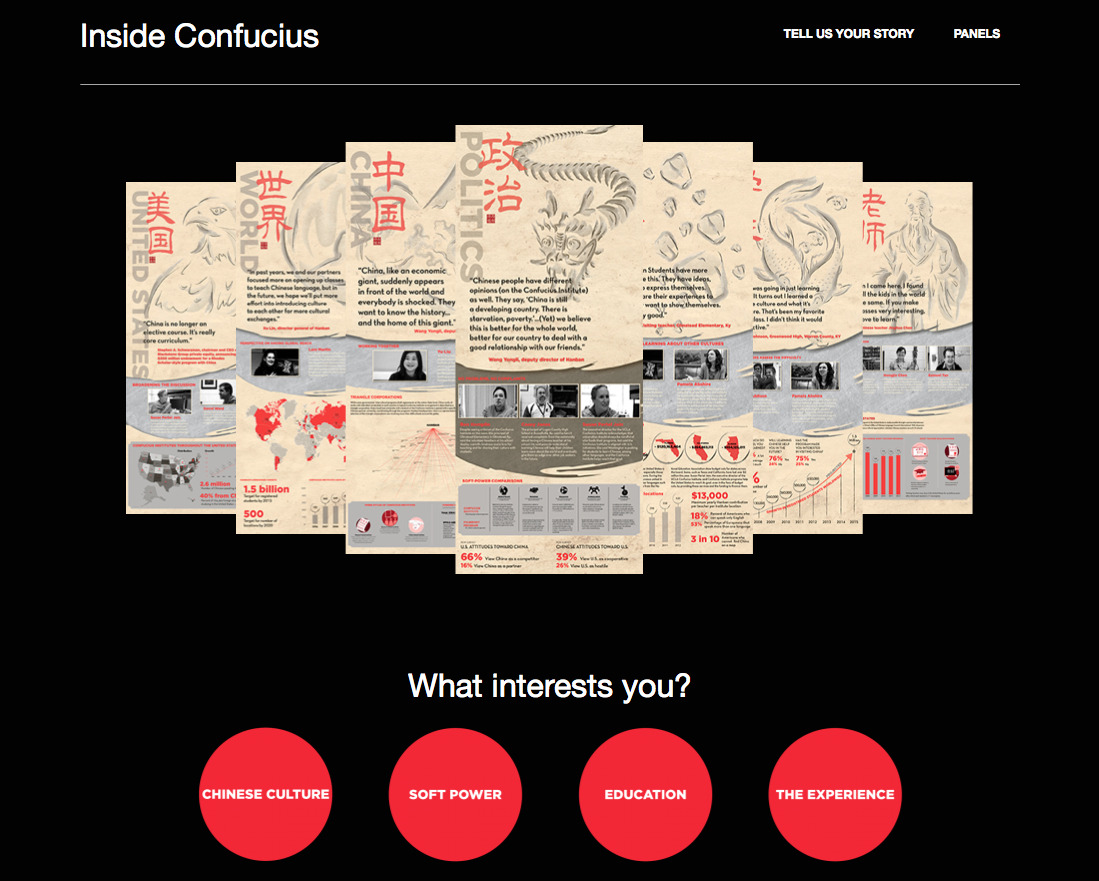 In fall 2012, specially trained fusion journalists began gathering information for an in-depth look at one of the fastest growing and most influential soft-power initiatives in the world. The Confucius Institute promotes Chinese language and culture by sending Chinese government-funded teachers to work in local schools around the globe. It also provides millions in direct funding to universities for cooperative China-related programs. Over a period of 18 months, iMedia teams visited campuses and conducted interviews on four continents to document the Confucius Institute’s mission, scope and activities.

The project was undertaken by The Newsplexer Projects operating as Western iMedia, an entrepreneurial startup at Western Kentucky University’s School of Journalism & Broadcasting.

iMedia’s compiled news report turned into a series of interactive infographic banners called news panels, which are digitally overlaid with augmented-reality content. It is all designed to turn the story into an experience, to engage people in the news more successfully than traditional media.

The news panels are an attractive medium in themselves, almost works of art with their Chinese watercolor drawings and calligraphy. They are low tech, meaning people can easily absorb the basics of the story just through the illustrations, quotes and data as visually presented. The panels can be displayed anywhere, at any size, in print or on screen. Yet when a panel is viewed through any smartphone or tablet equipped with the free Layar app, pictures become video, graphics move, additional depth and context become available, interactivity is enabled and engagement increases.

Alongside the news panels are storyboards. They are designed to accompany and explain each of the seven main news panels. In a museum-like exhibition, they might be printed and mounted next to the individual pieces of news art like provenance placards. Published in a
booklet, they serve as a guide to the story and a visitor take-away.

This booklet also provides directions for accessing the augmented-reality content and the project’s mobile-responsive webapp at wkujournalism.com/insideconfucius.

The mobile site provides the ultimate in engagement and interactivity options — a portal for people to contribute their own personal Confucius Institute stories to iMedia’s “Inside Confucius” project. 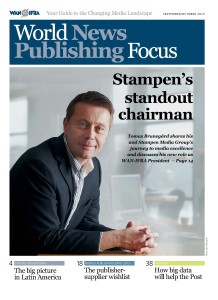 Designed to be experienced, and borrowing strongly from the skillsets of museum exhibit designers, “Inside Confucius” was first “published” in April-May 2013 with a four-week exhibition at the Kentucky Museum in Bowling Green, Ky.

After that, it was experienced at several other locations around the world including a conference hall in Beijing China (see featured imaged above).

Eventually, in keeping with Western iMedia’s goal of developing expertise for the wider news industry, the World Association of News Publishers (WAN-IFRA) featured an article about the “Inside Confucius” project in the September/October 2013 edition of its World News Publishing Focus magazine.

As a side note, the principal UX (user experience) journalist on this project went on to earn a master of fine arts degree combining the areas of journalism and museum exhibit design.